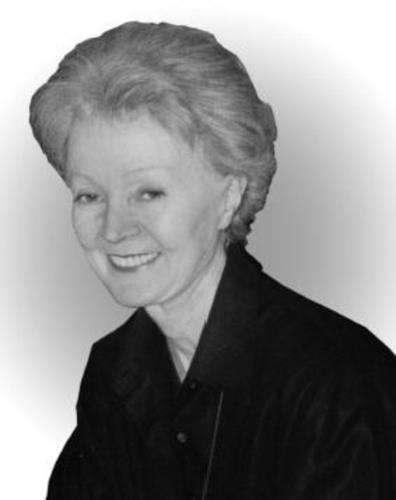 Joanne McKray died peacefully at her home in Alameda, CA December 7, 2016. Her beloved husband, George, of 55 years, died 20 days prior to Joanne passing on November 18, 2016. Her sister Marilyn Zeigler of Wilmington, NC had passed just recently. Joanne is survived by her brother, David Helwig of Flinstone, GA, her stepson James McKray of Kings Beach, CA, and her stepdaughters Shandis McKray Pilat of Auburn, CA and Linda Nelson of Las Vegas, NV.

Joanne was born in Califon, NJ to Frederic and Charlotte Helwig on August 20, 1931. The family moved to Princeton (where they lived across the street from Albert Einstein!), and then to Knox, PA. They spent World War II in Macon, GA where her father, an Army chaplain, was stationed before he was sent to France. The war ended and the family moved back north to Youngstown, NY, a suburb of Niagara Falls, in time for Joanne to begin high school. She subsequently graduated from the College of Wooster in Ohio, and then spent seven years living in Greenwhich Village in New York City where she acquired a masters degree in sacred music from Union Theological Seminary and her husband.

When George finished his fellowship at NYU the couple moved back to San Francisco, George’s hometown. There he opened his law office while teaching part time at the School of Public Health at U.C. Berkeley, and Joanne took California required education courses at SF State. A year later they moved to Oakland and later Alameda. Joanne began 26 years of teaching choral music, world cultures and anthropology at Skyline High School in Oakland.

After she retired in 1990 the McKrays increased their foreign excursions, and over the years visited most of Europe and a number of countries in Asia and the Middle East. Joanne volunteered as a tutor in a literacy program and as a history docent at the Oakland Museum. Her major efforts concerned a succession of good government issues, working as a State Board member of Common Cause and a member of the League of Women Voters. They included the establishment of the California Fair Political Practices Commission, campaign finance reform, implementation of ranked choice voting, state redistricting for fairer voter representation, and government transparency. She was also active in the Alameda Democratic Club.

A private memorial gathering will be announced and held at a later date. Anyone wishing to make a memorial donation may do so to Midway Homeless Shelter (Building Futures for Women and Children, 1395 Bancroft Avenue, San Leandro, CA 94577), or to the International Rescue Committee (122 East 42nd Street, New York, NY 10168-1289). 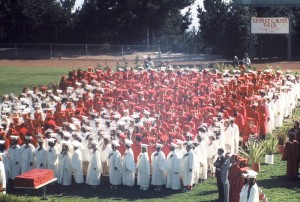 News from The Oracle